Puerto Escondido,Zicatela and The Mexican Pipeline.

Mexico City from the air was a site to see. Nearly as many people as Australia's whole population packed into one amazing city. I went with a good friend. Puerto Escondido was where we were headed so hopefully I would experience some of the best beach break tubes possible packed into a short stretch of course, heavy sand. When there we found a good place to stay that overlooked the beach and all the surfing action. The local Mexican surfers were good and they also always knew what was happening and what was going to happen. There was a crew of four or so surfers who arrived there with their white socks, sand shoes and long shorts. Seen the look? They pranced around with a strut and were so rude and disrespectful to everyone both in and out of the water. Annoying really! Anyway after they had well and truly upset everybody a strange thing happened. One morning their room was broken into while they were out surfing. All their gear was taken.I mean all their gear, back packs, clothes, passports everything. They left Puerto Escondido the next day in distress. It was a good idea for them to go. It's very important for a good stay when traveling to never forget where you are as they did and to remember that you're not at home now. I guess it's all about respect! I got lucky. One night there was a savage storm. There was a hurricane out to sea. Some of its impact was felt in Puerto Escondido with heavy rain and strong winds. The next day the surf was going off! Big tubes and as perfect as you could ever want. It was shallow, powerful and snapped boards.When it’s big like that your are better off without a leg rope. It only holds you in the impact zone and either you or your board will stress and break. The waves only lasted for a day but what a day it was. It was so good that maybe it was only fair that a day was all that it lasted. At the airport when leaving Mexico a buxom female customs lady was having a good look through our things making sure we weren't carrying any contraband. She was taking a lot of time. I was getting a bit stressed and told her to hurray up as I didn’t want to miss our flight. She looked at me with a rye smile and said I don’t work for the airlines. So in other words bad luck. I better shut up I thought!

Everybody who follows surfing knows the Mexican Pipeline. This spot produces one of the biggest and fastest wave in the world. The beach has the same name as the surf spot, Zicatela. This surf spot is just for experienced surfers and partially they even struggle with it. Broken boards and even bones are pretty normal at this beast of a wave.

Note: You also need to be a bit suicidal when you go swimming at Zicatela. Don’t underestimate the spot, where the Pacific hits the coast with all its power. 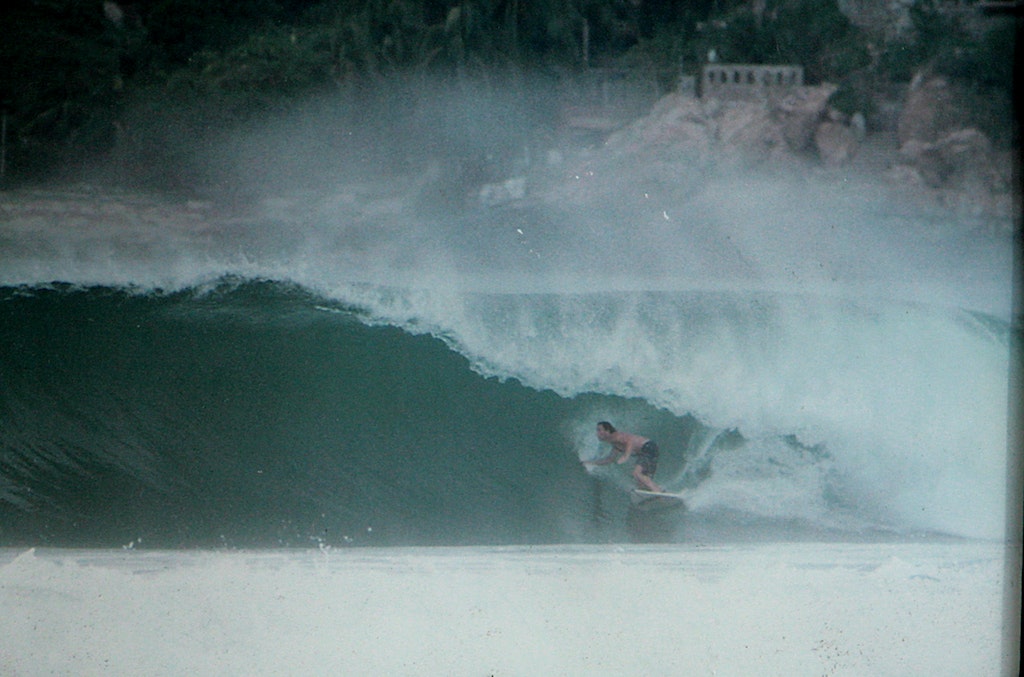